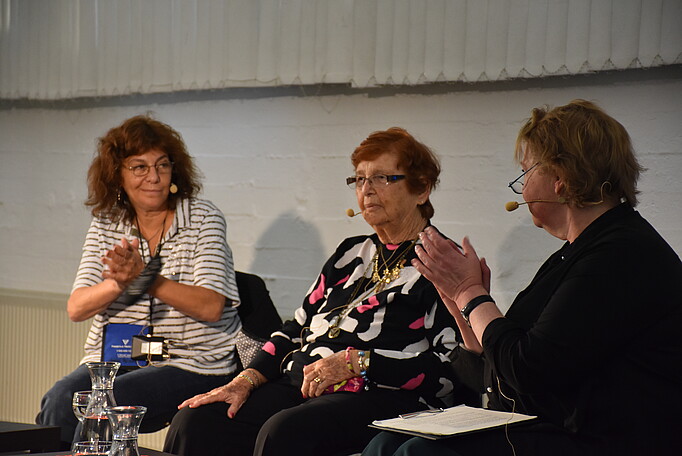 Helga grew up in a Jewish family in Berlin as the only child of her parents Frieda and Georg Arndtheim. When Helga was 13 the whole family was deported to the Ghetto in Łódź/Litzmannstadt as part of the first transport out of Berlin where her parents were murdered. Helga was deported to Auschwitz in 1943 and in 1944 she was selected by the SS for forced labour in various satellite camps of KZ Neuengamme in Hamburg (Veddel und Poppenbüttel/Sasel). Read more 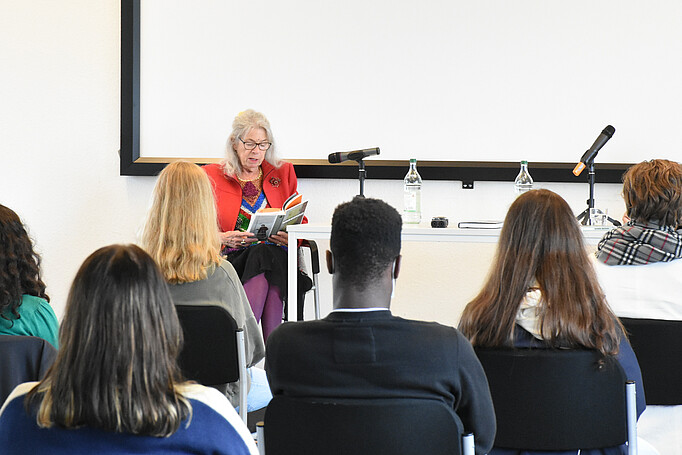 On August 16, 2021, contemporary witness Marione Ingram from the USA visited the Neuengamme Concentration Camp Memorial together with her husband Daniel. In front of students of the Marion-Dönhoff-Gymnasium and the Louisengymnasium, she read from her book "Kriegskind. A Jewish Childhood in Hamburg" and then spoke with moderator Karin Heddinga and the audience about her experiences in World War II and her political struggle afterwards. The event was organised by Stefanie Engel of the Friedrich-Ebert-Gymnasium in cooperation with the memorial. Read more 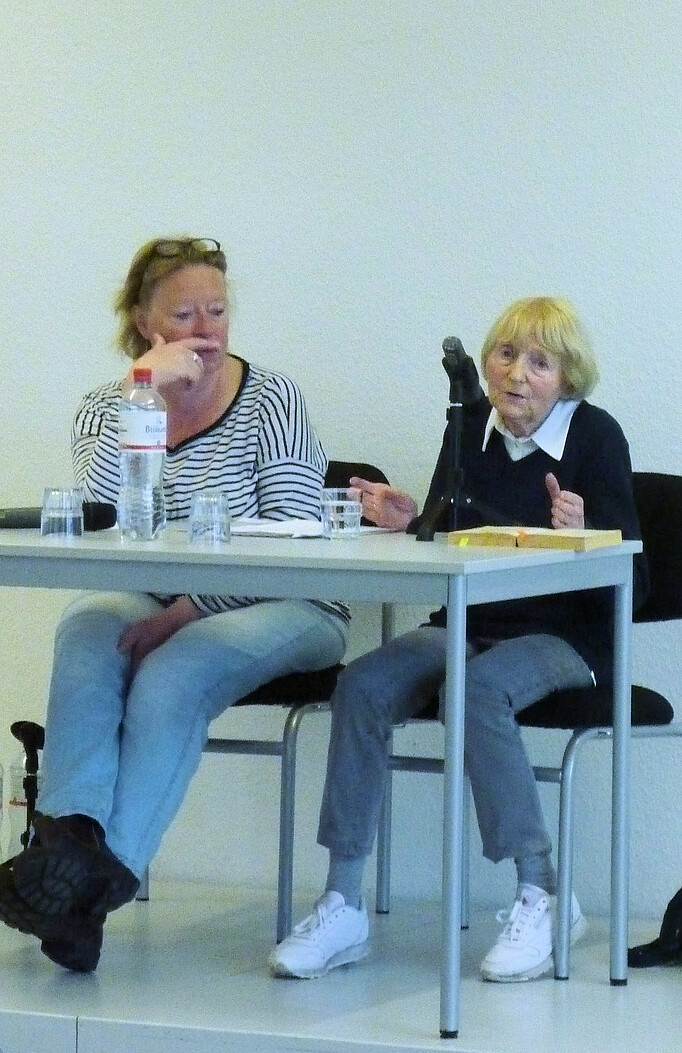 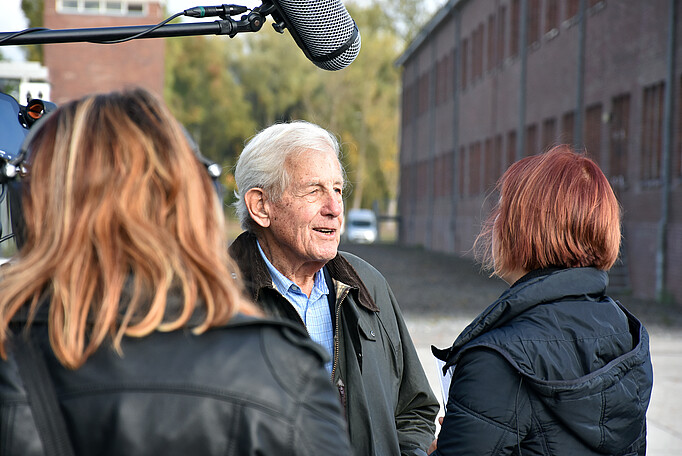 In 1945, shortly after his liberation from the Neuengamme concentration camp, Aage Jørgensen wrote down his experiences during the imprisonment. These notes remained unread for over 40 years, until they were found again. On Friday, the survivor visited the Memorial with his son and a Canadian film crew. The Dane who lives in Canada today was arrested as a resistance fighter in Copenhagen in 1944, deported to Dachau and later to Neuengamme. He was a prisoner of the so-called “Scandinavian camp” until his liberation in 1945. A documentary about his life is being made at the moment. Read more 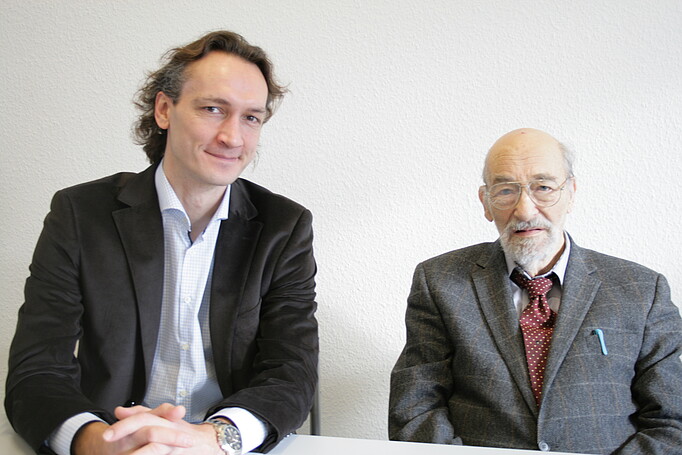 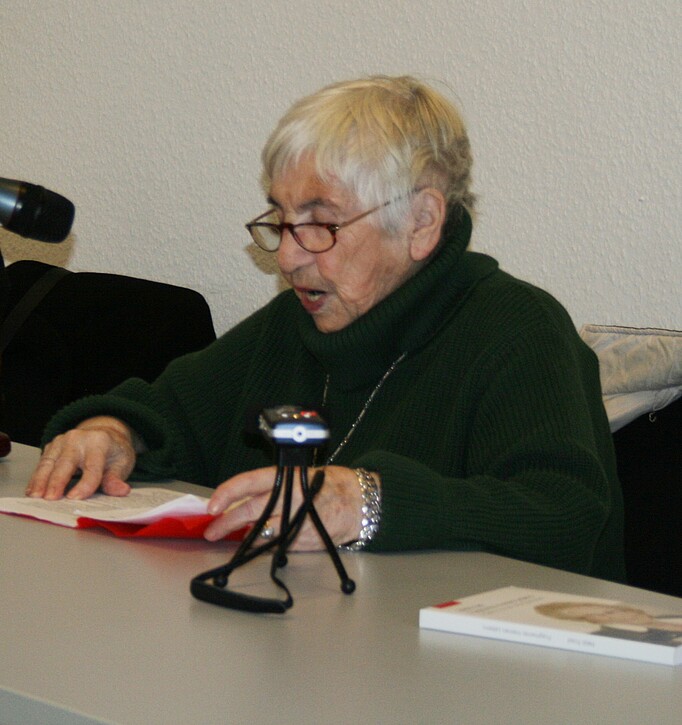 On January, 25th Esther Bejarano was invited for an eyewitness talk in the Centre for Historical Studies of Neuengamme Concentration Camp Memorial. Esther Bejarano read from her memoires “Erinnerungen. Vom Mädchenorchester in Auschwitz zur Rap-Band gegen rechts“ (Memories. From Women’s Orchestra in Auschwitz to the Rap-Band against the radical right wing). Read more 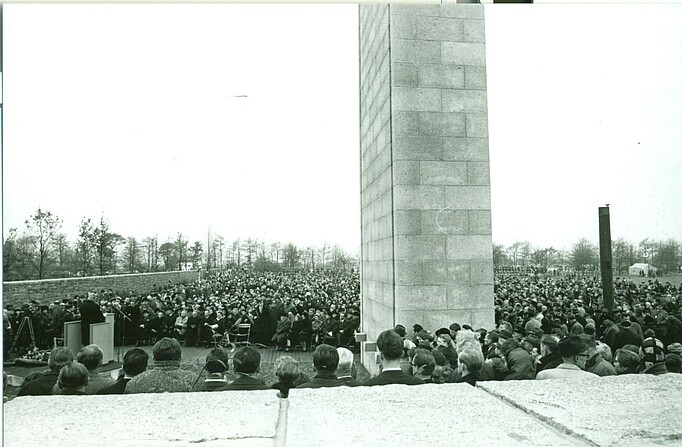 On the occasion of the fiftieth anniversary of the inauguration of the International Memorial and the Neuengamme Concentration Camp Memorial the Senate organized a reception at the City Hall. Read more

On January 15, 2015 Janusz Kahl will be one of three contemporary witnesses with whom Katharina Hertz-Eichenrode will talk about the massacres in Meensel Kiezegem, Murat, Putten and Warsaw during WW II Read more 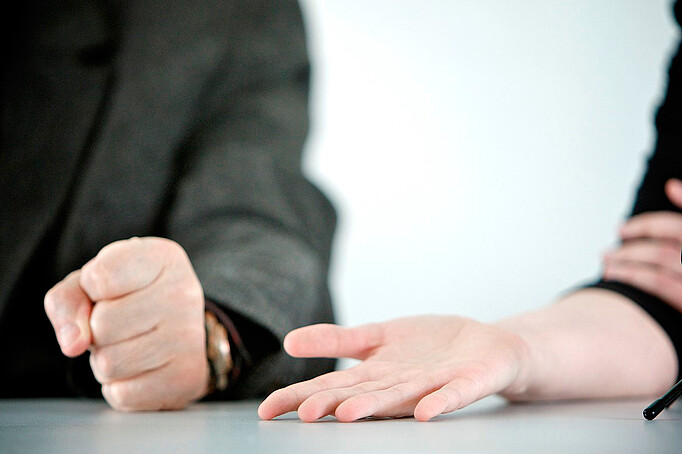