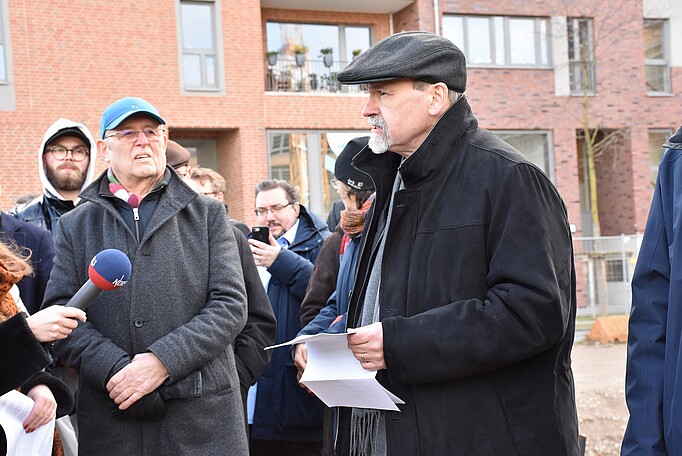 Excavators and other construction equipment were set up months ago to start the construction of the hotel and office building in Lohsepark, HafenCity. As of 2023 the building will host the Hannoverscher Bahnhof Documentation Center on the ground floor. On February 17, 2020 a groundbreaking ceremony was held to mark the start of the construction. Read more 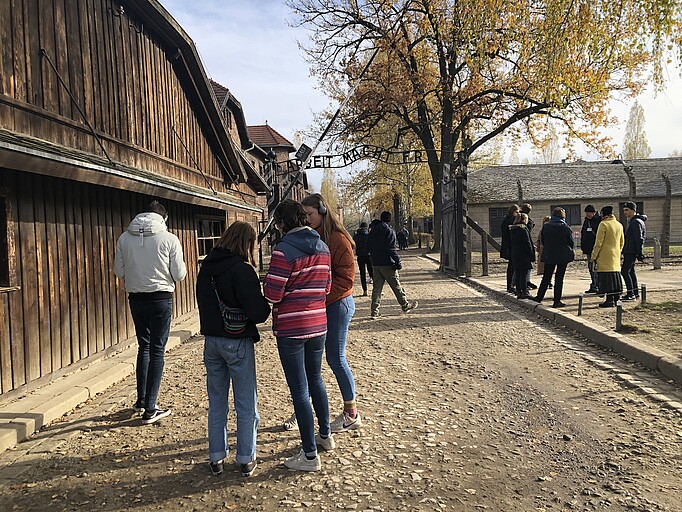 Pupils from schools in Hamburg and Olsztyn/Mrągowo produce podcasts for the exhibition at the forthcoming ‘denk.mal Hannoverscher Bahnhof’ documentation centre 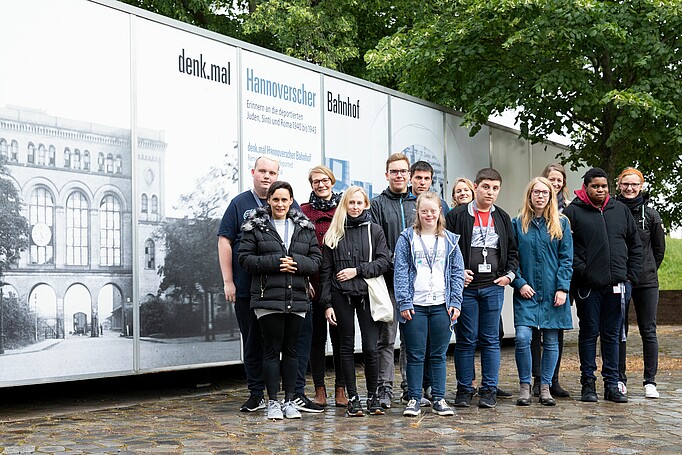 The inclusive workshop “Hamburg-Theresienstadt” took place from July 7 through July 12, 2019 with young people with and without disability. The German-Czech inclusive workshop is one of many international workshops initiated and conducted by the Hannoverscher Bahnhof Memorial. The participants worked on different products for the upcoming exhibition of the Hannoverscher Bahnhof Memorial documentation center. They drew on the youth projects from previous years. Read more 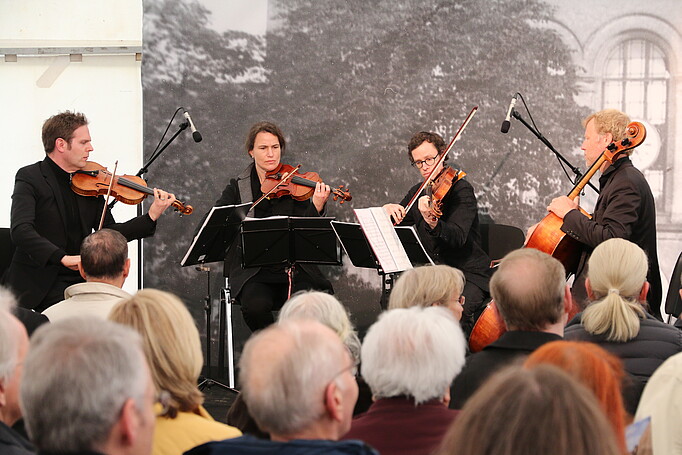 The memorial commemorates all the Jews, Sinti and Roma who were deported from this place between 1940 and 1945. Read more 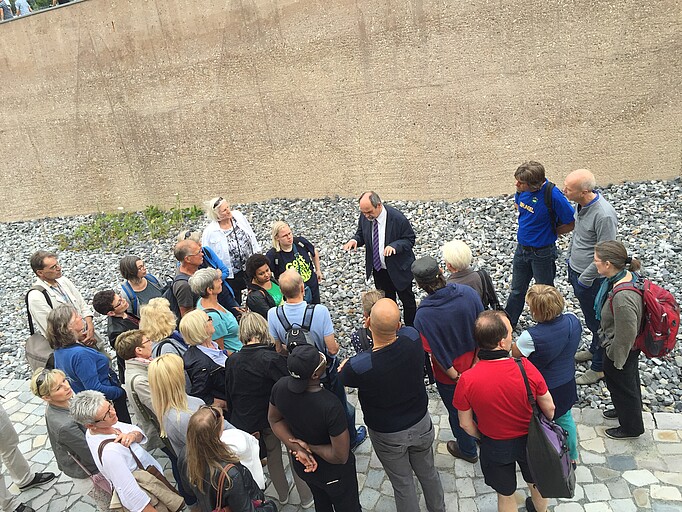 The inauguration of the new park Lohsepark in the Hafencity district of Hamburg was celebrated on the weekend of 9–10 July 2016. The opening was celebrated with a variety of events, and the so-called Fault Line (Fuge), which is part of the memorial denk.mal Hannoverscher Bahnhof, was accessible to visitors for the first time. This walled walkway is a symbol of the deportation of 7,692 Jews, Sinti and Roma during the Second World War. Read more